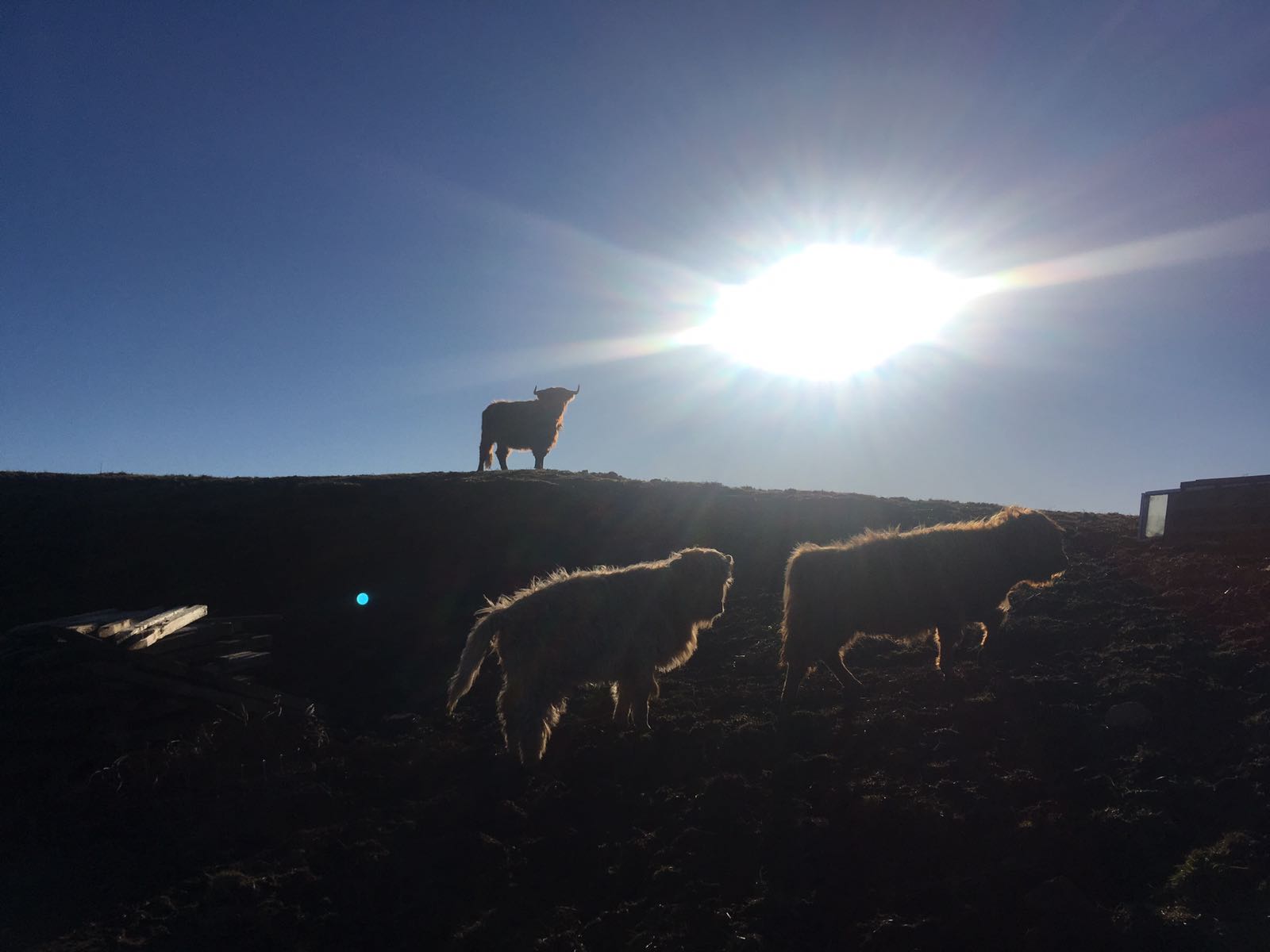 A crofter is the person who occupies and works a small landholding known as a croft. A crofter is normally the tenant of the croft, paying rent to the landlord of the croft. But many others have purchased their crofts and are owner-occupiers of their crofts. A croft is a small agricultural unit, most of which are situated in the crofting counties in the north of Scotland being the former counties of Argyll, Caithness, Inverness, Ross & Cromarty, Sutherland, Orkney and Shetland, and held subject to the provisions of the Crofting Acts. Many crofts are on estates. A landlord may have many crofts on his estate. The rent paid by the tenant crofter, except in fairly rare circumstances, is only for the bare land of the croft, for the house and agricultural buildings, roads and fences are provided by the crofter himself. Since 1976 it has become more common for a crofter to acquire title to his croft, thus becoming an owner-occupier. Should he fail to reside on or near the croft, he can himself be required to take a tenant.

This is a series of Acts passed since 1886 providing security to crofters, protecting them from being unfairly removed from their land, guaranteeing fair rents and allowing them to claim compensation for improvements should their tenancy come to an end. The law of crofting was codified as the Crofters (Scotland) Act of 1993, but there have been substantial reforms, notably in 2007 and 2010 as part of the Scottish Government’s Land Reform Programme. Crofts are regulated by the Crofting Commission, who have their head offices in Inverness.

The average size of a croft is around 5 hectares, but some are only 0.5 ha while a few extend to more than 50 ha of land, often with a share in hill grazing which is held in common with other crofters in a township. Most crofts cannot support a family or give full-time employment, and most crofters have other occupations to provide the main part of their income. Many crofters have diversified into small-scale tourism and off-croft employment ranges from postman to policeman to lorry driver, doctor, teacher, haulage contractor, tele-worker or weaver. The main product is lamb and beef, which are sold on to lowland farmers for fattening and finishing, since this is not cost-effective in the west due to climatic and soil quality constraints. Some winter keep and potatoes may be grown across the area, and crofters are increasingly diversifying into horticulture, producing a wide range of seasonally available fruits, vegetables and plants. Interests in forestry, woodland management and renewable energy are also developing.

Crofting is a very important part of west coast culture and to us, it is extremely important to see this unique tradition continued through the generations.